I didn’t set out to run 5 miles today. But I did. Well I ran some of the 5 mile outing, possibly most of it but I had a great time. But let’s start at the beginning. I put off running all week. Somehow I never really quite got round to getting my butt out the door. I did go to the gym on Thursday and did a bit on the bike and some strength work but my hip was a bit niggly so I spent time stretching and then walked on a fairly steep incline on the treadmill for 10 minutes. I wanted to be sure I could manage the planned 10 miler at the weekend. Eeek. On Friday I finally got my butt out for a little run. I used the Too Fat to Run? Clubhouse training run which was a Take 5 run. So you run to cover 5k, take 5 pictures and note 5 things you’ve enjoyed about the run. Here are 5 photos from that run: First bit of proper trail on the run (and a bugger of a slope but you can’t tell on the picture), blackberries, downhill across the old golf course, heron by the canal, me. 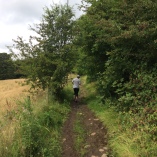 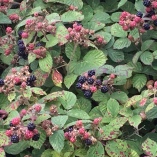 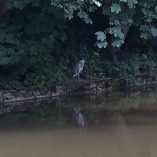 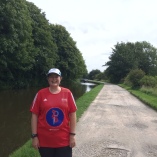 Then came the 10 miler. We’d thought about Bolton Abbey and doing our extended plus normal loop but then we were awake early and thought we could go closer to home rather than wait for Bolton Abbey to open. Then we had an argument about the route (mainly because I got canal bridges muddled in my head so we argued about distances), got grumpy, bitched at each other a bit, got over it and had breakfast. We decided to do our 1 hour run instead and the ten miler the day after. At lunchtime we decided we could try for the 10 miles after all, agreed the route (now that wasn’t so hard was it!) and set off.

I never really settled down properly. I ran the first mile, walked a little in the second, then ran the third and most of the 4th although I wondered whether I should just do the 1 hour and have another go at the ten another time. I felt like I was cheating, not doing it right – but then I thought that as I was out, I might as well try and do it now. Seemed silly to have to worry about it all over again. Towards the end of the 4th mile we walked a little and I had a couple of sips of the torque energy drink we had in our bottles. When we set off running again at about 5 miles I got really nasty tummy cramps and nearly threw up everywhere. I walked a bit, tried again and felt very very uncomfortable. We walked a bit more and then sat on a little wall watching a heron on the opposite side of the canal. Here he is just before he crossed over to where we watched him. 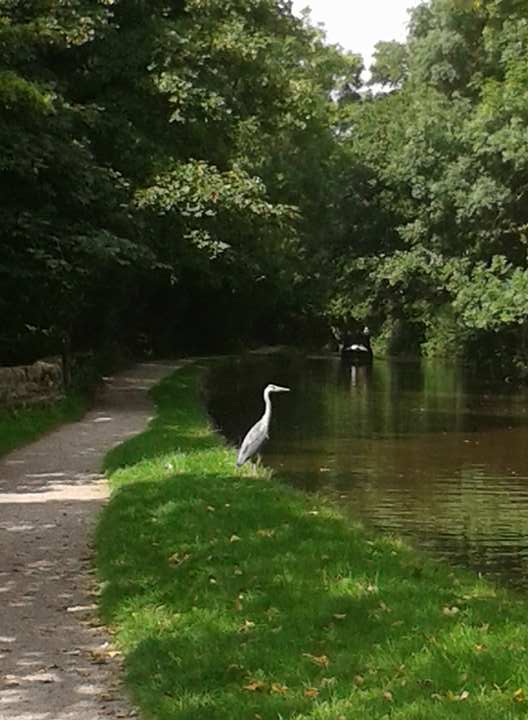 I’d pretty much decided to give up and walk to the golf course bridge and up towards home but as Kath pointed out, I’d done 6 miles, seemed silly not to carry on. I tried running a little and while uncomfortable, I was no longer in pain and no longer felt sick so I settled back into running very slowly for mile 7 where we saw another heron and a little further on a group of swallows seemingly playing around two moored canal boats.  Then we turned back towards home run/walking mile 8 and 9 trying to walk up hill as fast as I could and stopping briefly to say hello to Dino – the last time we’d ever run past him as he was being picked up by his new owner later. 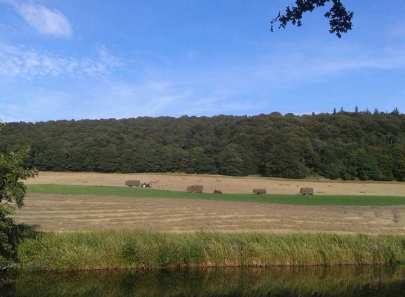 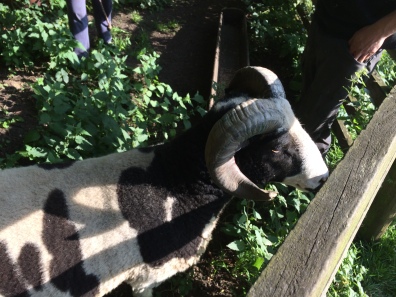 Dino at pick up Saturday evening

The we walked most of mile 10. My hips and lower back were tight, as were my calves and I was now feeling the lack of fuel but otherwise I didn’t feel too bad and I recovered really well once I had some water and food in me. I was grumpy initially for having walked so much but that grumpiness has gone. I did 10 miles. I learned a bit and I’m looking forward to having another go. I also did pretty well on a number of strava segments in spite of my walk breaks and the distance. I am excited about the distance and doing it without it being a massive big deal – which it was the first time I attempted double figures.

Today we were supposed to do an hour. I woke up feeling a few after effects of the 10 miles but nothing too bad. Calves a little tight maybe but they soon got moving. I did want to be careful though so decided not to run first thing and wait until everything had got moving and I was sure nothing hurt. Then it got hot and then we thought it might be busy and we didn’t want people so we ended up going late afternoon after having had a curry for lunch. To make her miles up to this week Kath wanted 6 miles. I’d thought about an hour gentle, slow plod with walking to look at things and thought maybe 4 ish miles for me, max. Really I just wanted to go for a walk with the odd little run thrown in. 3 miles would have been fine!

So we set off at the same time, going the same route. Kath went ahead and when she got to 3 miles she was going to turn round and collect me on the way back. I figured that if I was going about 13.5 minute miles and she was going about 10 minute miles we wouldn’t be too far off and it’d be close enough to an hour. I was so proud of her as she sped away down Ilkley Road into the distance. By the time I got the the end of the road and turned left she’d gone. I didn’t see her again until she came back to meet me.

I was going too fast. I didn’t mean to. I felt quite comfortable for the first mile and a bit

and then I was suddenly aware of the sun and felt hot so at a mile and a half I walked for a minute and then set off again. I still felt good and even though I was consciously trying to slow down, I didn’t by much. At two miles I decided to walk because I didn’t want to suddenly feel tired when Kath came back. I also didn’t really want to go much further. I wanted this to be an easy run. I walked and as I did I saw movement in the water. ‘Cool’, I thought, ‘a water vole’ but it was the wrong shape and size. I swam straight at me and I got a good look. It was a mink. It hadn’t seen me. It moved gracefully through the water, totally unconcerned and I marvelled at how absorbed it was in doing what it was doing (which may have been just swimming for the fun of it). As soon as I moved to get my phone for a picture though, it clocked me and disappeared. Kath had seen it too it turned out.

At 3.36 miles I decided to run slowly to the next bridge because I’d got bored walking. 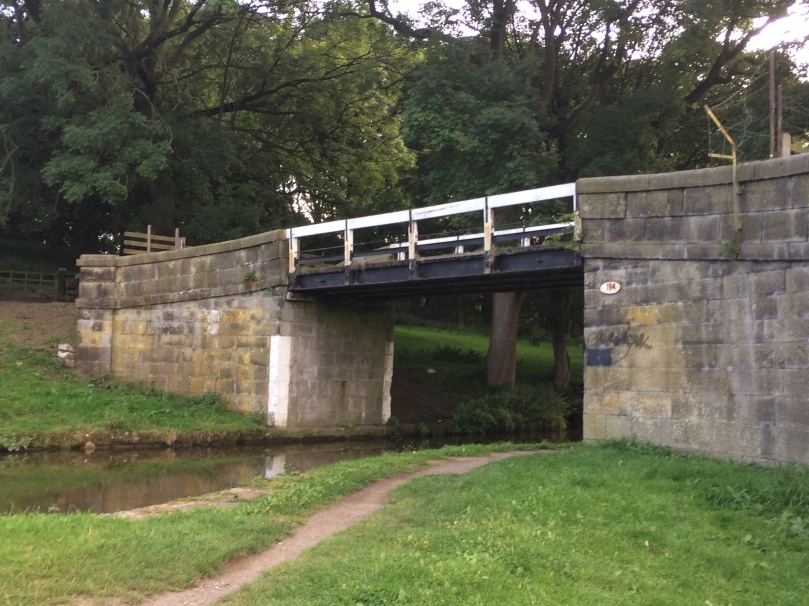 I thought I could wait there for Kath. She was going fast when I last saw her so she couldn’t be far off (Yes that was over 2 miles ago but still). I didn’t have to wait long at all but while I did I watched some cows and their calves in the field opposite and then as we started back we saw the little calf frolicking in another field. Lovely to watch.

We ran about a mile and I was finding it harder now but just as I was getting a bit grumpy about finding it hard, there was the now so familiar (but always exciting) flash of blue and orange and a kingfisher came past, stopped on a branch as if gently teasing us, before flying off again, flying a couple of loops over the canal and disappearing into the distance. I managed a bit further and then walked for a bit to let my tummy settle. Curry for lunch pre run was turning out not to be the best idea I’ve ever had. We ran walked to the end of the canal section and then ran up the short sharp hill into a little housing estate, walked up through a snicket and up and up and up home. I did run a bit of the slope (it’s a f-ing hill) but I felt no need to push on past the pub or up our road. I felt really happy with my weekend running and wanted to finish with that feeling. 5 miles. 5 really easy miles. Yes I walked and yes my tummy wasn’t great towards the end but it was a lovely 5 miles and it wasn’t a big deal. My ‘not a big deal’ numbers are going up and I’m quite excited about that! I’m also excited that I am now fit enough to accidentally run/walk 5 miles the day after completing 10!