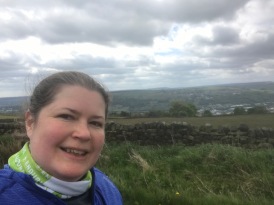 Right, well, it seems I didn’t dream signing up for another marathon. Oh well. It’s taking a little time to fully sink in and I am still not entirely sure how I feel about it. I went for a little walk/run up towards the Moor earlier but turned off to run/walk a loop rather than straight up and back down when I saw how many people were walking up/down the road to Keighley Gate. As I was walking I was thinking about the 2021 Walt Disney World Marathon and how on earth to get ready for it.  26.2 miles is just such a bloody long way. Remember what I said after London when I was reflecting on the things I learned out on that course? I said ‘You have to really want it’. After Dopey 2019 I said ‘I am really not a marathon runner’, after London 2016 I said I was done with the distance and after Dopey 2016 I said ‘I have done a marathon! And yes it was awful for the most part…’. After every marathon I have had both a sense of achievement and the sense that I could do better. I have also felt like I didn’t really want to do another one even though I am yet to run one where everything comes together in really good conditions. Dopey 1 was overwhelming, London 1 was ok but with patches of feeling poorly and was too soon after Dopey, that same pattern repeated in 2019 (but you can’t choose when you get a London place!) and Dopey 2019 was close to perfect but marathon day was so hot… London 2019 was just horrible…

I have been thinking about all of this and wondering whether I want another 26.2 enough. I think I do – we’ll see as time goes on I guess. My Dopey 2019 marathon is the fasted I have done at 6.18.49. Part of me really really wants to go under 6 hours and London 2019 suggested that was within reach until I fell. Anyway, while I was thinking about that I was also thinking about my training plan. I was settled on the Disney plan until my silly little brain caught me off guard. As I was thinking about the plan it occurred to me that running two 30-45 minute runs during the week and then a long run at the weekend getting longer every 2 weeks was actually not a huge amount of training. I panicked about whether that’s going to be enough, whether I need more. But then I remembered the London training plan I used last time – it didn’t work for me. It was too hard (mentally I guess) so I ended up skipping runs and going in under trained. If I can stick to the Disney plan, I can run the marathon. I know this. So I tried to put that particular little wobble to bed.

Then came the next one. I have been struggling for motivation. I feel like I was waiting 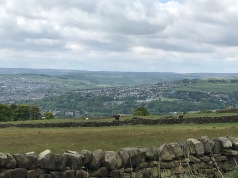 for the plan to start and didn’t quite know what to do with myself in the 6 weeks before that. Rather than taking pressure off it seemed to be putting it on. I felt like I needed to be somehow ‘plan ready’ although I have no clue what I think that means. That feeling lost and not knowing where to start was so overwhelming that yesterday I never made it out for my run in spite of having looked forward to it all Friday. So today I had a little re-think. There is no reason why the plan can’t be extended a little. It would solve to things that we’re obviously bothering me. First it would solve the waiting and being plan ready problem. If the plan starts now, the plan starts now. Second, it would allow me to build in some consolidation. I like the plan because it is gentle in one sense. It has a long run and the week after drops to low mileage at the weekend and then increases mileage the next weekend and so on. It’s like one week on and one week off. However, the mileage on the ‘on’ weekends increases pretty relentlessly and arguable in relatively big jumps. Looking at it jumping from 15 to 17 seems like big jump, never mind 17 to 20 miles. I have re-written the plan, starting this coming week and have added some repeats of distances at regular intervals to consolidate and build confidence.

The reason I like a plan is the same reason I like rules – so I can do something different… No, more seriously, the only thing that makes me less likely to run than having a plan is to not have one. If I have a plan I tend to do something even if I am constantly changing the plan, moving things around and making a new plan. If I don’t have a plan I don’t run in any way consistently at all and consistency is going to be key. So while I have mapped out each week until marathon day, I fully expect things to change, for me to decide I don’t need a consolidation week at a particular distance and just crack on, just to find that the next distance seems impossible and needs doing more than once. I feel happier now there is contingency built in for niggles, colds, can’t be bothered days and I didn’t quite make the distance runs. It feels safe. And maybe because of the current situation with Covid-19 or maybe just because I no longer have the luxury of not really knowing what a marathon entails, having a safe feeling training plan is important. Without it I simply won’t go out as much as I need to. 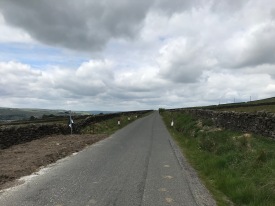 So, week by week rather than in bigger chunks I will share my plan with you and then check back in to see how I am doing with it. Oh and I am bringing back Sunday Weigh-Ins. Expect I will do them on Monday mornings because I don’t want to ruin Sundays! I usually get some stick about talking about weight loss and weighing myself etc so before you feel the need to get in touch, let me be clear, this is not about being thinner or looking any different, it’s simply that I know what running feels like at this weight and at my, let’s call it Dopey weight and the latter is significantly easier. I have more to say on running while fat but that’s another post. For now, here’s the plan for the coming week: