Wow, nearly a month without writing about running. That usually means I have fallen off the running wagon. Not this time really. I’ve been ticking over nicely. So here’s a summary with links to the more detailed posts about recent running. 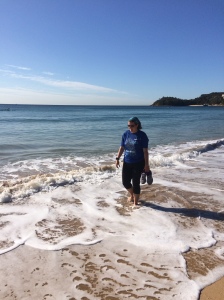 So our Australia running adventures continued in Brisbane after a few days of not running as we completely relaxed in the rainforest on the Atherton Tablelands. We walked a lot but no running.

In Brisbane we had several plods along the Southbank and into the Botanic Gardens including a lovely parkrun meet up with our friend Jenny.

After Brisbane we had another stint of not running as we joined an Uluru tour out of Alice Springs although we did manage a plod in Alice Springs itself and did some walking during the trip.

Our final stop in Australia was Sydney where we managed a bit of running including one stunning 6 mile loop of Manly North Head before my ankles went a bit niggly and I mostly left Kath to it.

Since we’ve got back we’ve not done too badly at all. We have managed to keep to a pretty good routine for both running and cross-training to support our running. We are on track with our Dopey Training (oh yeah – we signed up for that little 4 day adventure again) and getting sort of ready for the Great North Run which is scarily soon.

I’ve even managed to speed session last week – the trusted fartlek I’ve done before and then we had a lovely little adventure on Ilkley Moor where we tried out a new path which made a lovely little 6 mile loop and is certainly one we’ll do again. I also thought it was about time I ran 45 minutes continuously rather than stopping for photos etc so I tried last week but didn’t quite make it on the hills. Yesterday though I ran it all.

So it’s all going pretty well and we’ll just keep plodding along.

Following our 2 nights on the beach we moved inland and headed to Rosegums Wilderness Retreat. Just such a gorgeous place. We had three nights there in a tree house from which we could just see rainforest. 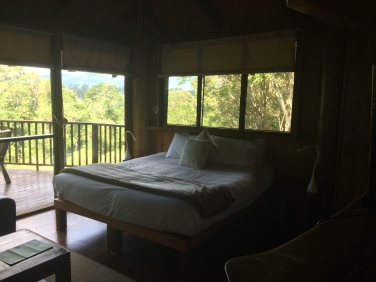 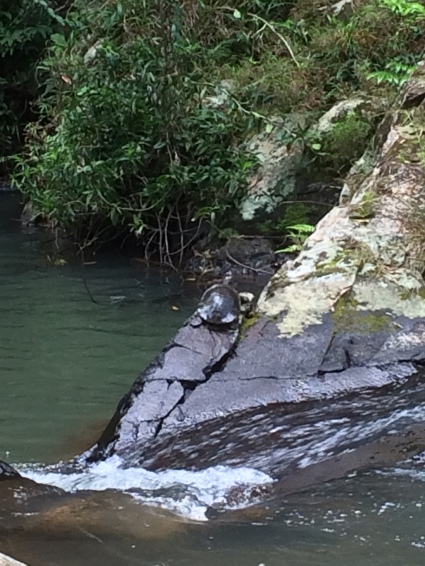 We didn’t run but we walked the 4 walking trails the retreat listed – 2 shorter ones and 2 longer ones. We looked for wildlife and hoped to see the inhabitants of platypus creek. We saw turtles there but no platypuses so here’s one from Yungaburra instead. 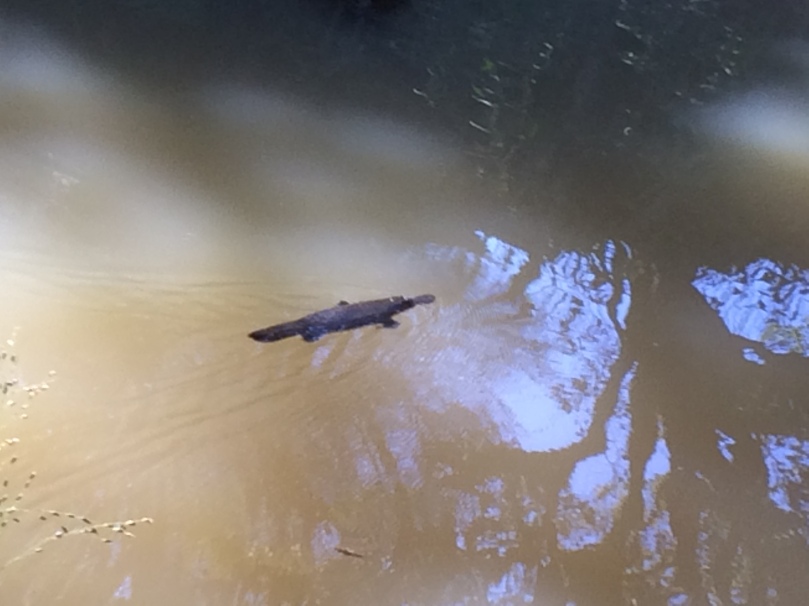 So while we didn’t run there, it did us good to relax, walk, sit and watch the rainbow lorikeets, sulphur crested parrots and countless small birds, listening to the rainforest noises and searching for the rather shy musky rat kangaroo.

All too soon it was time to leave and head for Brisbane where we did run. After Brisbane we headed for Alice Springs to join a tour to Uluru. We didn’t run on the tour. We had taken our gear just in case the opportunity arose but it didn’t. Although if we had thought about it more carefully we probably could have run round the base of Uluru – we walked it and just had a meeting point at the end of the walk so we could have just waited for everyone there. I have the GPS from that walk but I’m not sure if the satellite image includes any sacred sites which shouldn’t be depicted so I’m not posting it here. If anyone knows if it is ok to post the image let me know, we were careful not to take pictures in those areas and if the satellite picture from Strava is not ok I’ll delete it off everything. I just don’t know and google isn’t giving very clear answers on this. 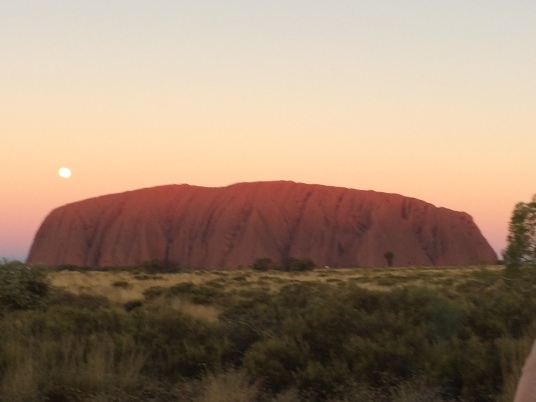 After several hours on the minibus on day 1 we arrived at Kata Tjuta and had a little walk. Day 2 we did a walk round the base of Uluru at sunrise and had the chance to hear from an aboriginal women who showed us some of the rock drawings and told us about her people’s history and traditions. On the final day we had a longish walk at Watarrka with some stunning views most of which my phone camera has completely failed to capture. I was actually really happy with my fitness level as the steep steps up didn’t really bother me at all.

After Alice Springs we headed for Sydney and more running.

Brisbane running was fun. The Southbank was fun. The conference was rubbish but it didn’t matter. We just did our thing.

The first Brisbane run was on a Friday morning and we plodded along the Southbank a little, crossed over a bridge and went back in the opposite directions along a footpath and eventually into the Botanic Gardens. The cyclists were a little annoying but it was nice to be out and about. Cyclists were a theme in Brisbane – fast, rude and not always competent – and I didn’t really get used to them.

Saturday we met our friend Jenny who lives in Brisbane for the Southbank parkrun and Kath set off running and Jenny and I chatted and walked round. We’d never met in real life but we got on well and had breakfast together afterwards. On Monday we ran a loop very similar to parkrun and then on Tuesday we thought we’d go a bit longer and I really wanted to run 10km without walking. Well, not quite. I was defeated by the slope up onto the bridge on the way back. Things had got hard at about 4.5 miles (it was actually quite hot) and the slope at 5.5 miles made my legs go to jelly and refuse to carry on. I walked a bit, grumpy and then ran the rest to take us to 6.21 miles.

All in all Brisbane was good for running.

being home for 2 weeks I am still not sure how I feel about it really. It’s the place where ‘the State’ meets aboriginal culture and can’t cope so throws some tourists in for good measures. It feels like a microcosm of something although exactly what I can’t quite put my finger on. After sitting on a minibus for most of the previous afternoon, getting up and heading out the door for a little run felt both alien and exhilarating. We plodded along next to the river bed – the sandy dry river. It hadn’t rained since February and there was no water to be seen. We had a little cheer squad of parrots in a couple of places and as the sun climbed so did the temperature from a pretty cold few degrees when we set off to a pleasant warmth in the sun by the time we got back an 40 minutes or so later. It was good to be moving again. 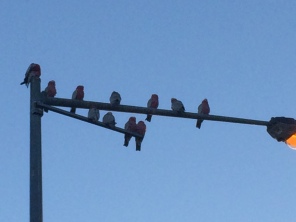 run with photo stops and stops to look at things. I struggled to get going a bit but it was fun. Running across the bridge was a very tourist thing to do (and possibly a commuter thing to do, too) and the views were great but in terms of running, it’s not actually that nice – it’s noisy and polluted! The climb we did a few days later was fabulous (and a little terrifying) though.

The next day we got the ferry to Manly and then set off on a run round Manly North Head. I was struggling a bit, feeling a bit tired and we ended up walking quite a bit and stopping for photos of course. It was a stunning route that started at Manly Beach and went along the coast a little to Shelly Beach before climbing up the edge of the cliffs and then heading inland a little. Going through the North Fort parade ground was a little weird and at some point we got our loop a little wrong but it was all fine and it ended up being a gorgeous run which we finished  with scrambled eggs on toast and coffee from a lovely little cafe back at Manly Beach and a walk in sand thus ensuring my happy feet.

After that my Sydney running dipped. My feet and ankles felt sore, maybe from running on hard surfaces more than I was used to. So on the next day I sent Kath off on her run and I jogged to the opera house, did a loop round it and then went back to the hotel. It was nice to be out but that was enough. On the last day I wanted to have a nice run following the route Kath had told me about along the edge of the gardens. However I hard a cracking bruise on my left knee, not sure where from but I’m blaming the bridge climb and it hurt with every step. My ankles were still tired too. I made it to the opera house again before deciding that being miserable is not part of my running deal – I persuaded Kath to keep going and waited for her on the opera house steps. I did a few stair repeats while I waited but they were a bit half hearted and in the end I just sat and watched the world go by.

Australia wasn’t a high mileage month at all but we did run and we had some really nice runs that made me realise how much I can enjoy it and that is something worth hanging on to – I like tourist runs!

Our adventure continued on Cairns’ northern beaches. After arriving at the Kewarra Beach Resort and Spa we had some lunch and then turned our attention to running. We realised that in order to be safe we really needed to go quite soon so as to avoid croc time. So we let lunch settle as long as we could and then set off for a beach run. The first bit was still on wet sand close to the water which was sort of hard and bouncy. 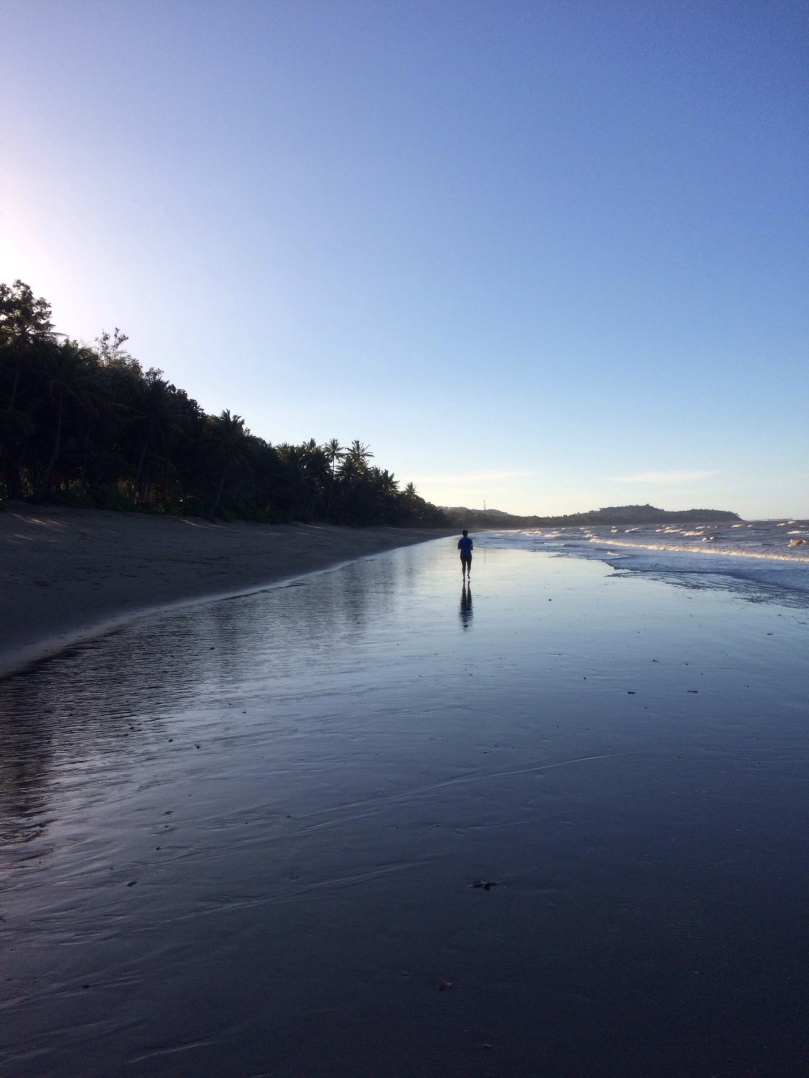 The tide was coming in so we soon had to move higher up the beach and running got tougher. I couldn’t really run on the proper sand – walking was hard enough but I did manage on the in between stuff.

I turned at about 1.5 miles and completed a very satisfying 3 mile plod. It wasn’t half a workout for my ankles and feet though.

The next morning we had a little plod out the other way. We didn’t have that much time because we were heading on a day trip to Kuranda but we got out for a little sunrise mile. I wasn’t going to run. I was going to go and sit while Kath did her thing but it was just too inviting. 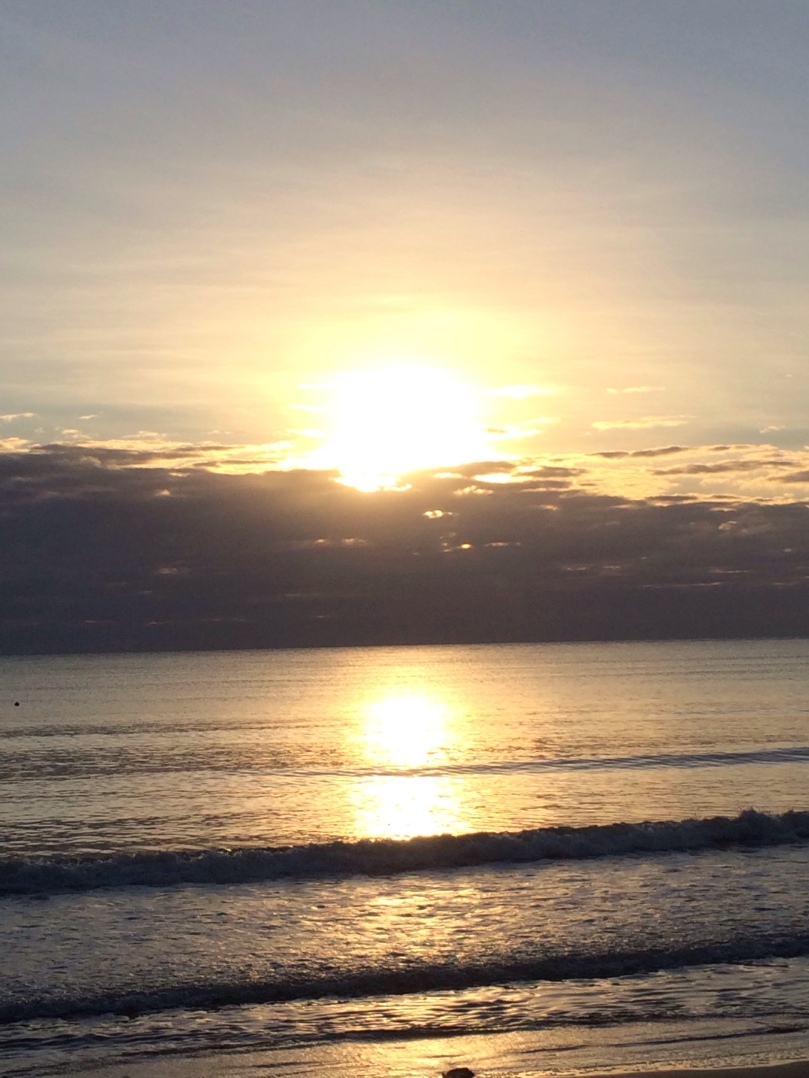 After our Cairns run we headed north for a 4 night stay at the rather fabulous Silky Oaks Lodge. It was just a few minutes drive from a small town called Mossman but it felt a million miles away from everything.

We had a little treehouse and actually did very little while we were there.

I went snorkelling in the Mossman river twice

We also took part in a couple of the morning yoga classes which were a great way to start the day. 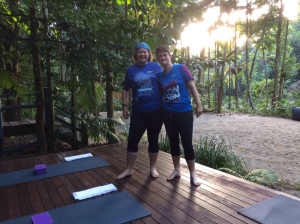 On our second day there we had a trip to north of the Daintree River for a 4 hour guided rainforest walk which was just amazing.

So it’s not like we did no exercise, we just didn’t run….