I managed to get out and do my 45 minute run. I did it step by step, getting dressed in running gear, telling myself I could just go as far as the sheep and that I could walk lots if I wanted to… I set off. I said in the blog post early today that my body felt rested and ready to run – hm. I think someone came along and stole my legs and replaced them with lead. I felt so heavy and sluggish but I just kept plodding. I ran the loop I showed you the other day. I had turn round a bit before the usual point at the bridge because there was a sheepdog without a human and I’m scared of dogs. Other than that it was non-eventful. I took a walk break about half way to take my jacket off and then took the next one as well because I just couldn’t get going again. Other than that I ran the entire 45 minutes and ended up doing 3.85 miles with a pace of 11.42 minutes per mile. Then I crawled up the hill. Did I enjoy it? Nope, but I am glad I got it done.

Not long after I got back we had back to back deliveries. The first was for Kath and she disappeared upstairs with it. While she was doing whatever she was doing another parcel came. A lovely hamper  (from Keelham Farm) sent to me by my work colleagues with a note telling me to ‘sit down, have a brew and relax’. They sent flowers yesterday, too – feeling completely overwhelmed. It’s just as well I got the run in before the parcels arrived because Kath appeared with a gift wrapped book – the Illustrated Herdwick Shepherd – so that’s me – I will be on the sofa stuffing my face and reading for the foreseeable future! 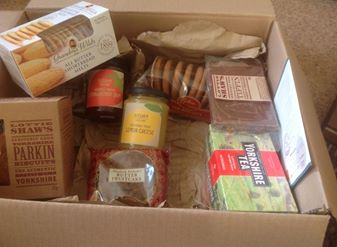 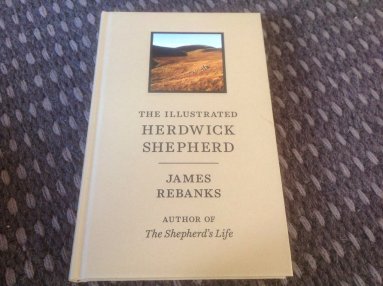