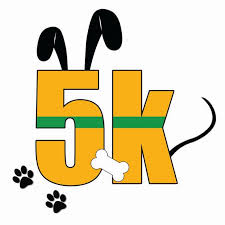 So by now you will have read that I was not entirely honest about my marathon running story and have in fact completed the Dopey Challenge. Or at least I hope I have as I am writing this after the 5km race. I loved this run. I had more fun than I ever thought I would running. It was an early start. We left the hotel about 4.10am on a bus that took us to the starting area. It’s impossible to describe how huge the event is. Around 10000 runners were running today. The pictures I tried to take don’t really do it justice and the quality isn’t great because it was dark but floodlight lit. There may be some on the official photos and if there is I will share, or I may have more luck on one of the other days.

It was cold by Florida standards so once in the pre race area we wandered around a bit, ate our bananas, went to the loo, wandered a bit more and then it was time to move into the corals. We were in D for this race. On our way we went to the loo again. Any race organisers could learn a thing or two from Disney here: around 10000 runners and hardly any queues for toilets!

More standing around but bang on 6am coral A set off and about 25 minutes later we crossed the startline. I had said before we started that I would like to run the entire race so I could say that I ran a full Disney race! As we crossed the startline and plodded our way out of the Epcot parking lot and toward the park itself I wondered if it would be possible. I felt good, it wasn’t hot but the air is different, humidity I think, and even though it really isn’t that humid today I felt it. A tiny sliver of doubt crept in. Just for a second there was a really clear voice saying ‘you can’t do this’. Almost at the same time the running got easier, I’d settled into a rhythm and then suddenly we were at Mile 1 and shortly after we entered Epcot through a back lot. 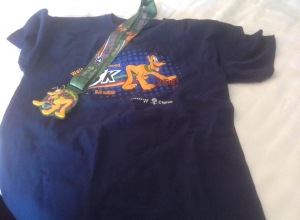 Running through Epcot today was like nothing I have ever experienced. I turned the corner into the park and was greated with ‘…I just can’t wait to be King…’. We sang along. We were running and singing! Next was the Mary Poppins song which we also sang along to and did a little silly dance and then we were back on Hakuna Matata and had ‘zoomed’ past Mile 2. I honestly loved every minute of that and I didn’t find it hard at all. I was just running steadily and happily along and I couldn’t stop grinning. 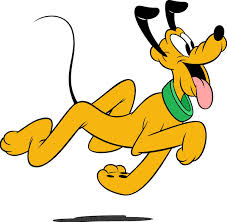 I made a beeline for a couple of the official photographers striking silly poses as I ran past (who is this woman running in my kit and number?) and then we went past Mile 3, left Epcot through a back door, turned a corner and saw the finish line. We crossed it holding hands grinning more broadly than the Cheshire Cat.

We walked through the finish area, got our medal, runDisney goodie box, bananas and water and then made our way to the Runners World Challenge breakfast area where we had a little nibble of fruit and yoghurt before heading to the Garden Grill in Epcot to enjoy a proper sit down and breakfast. One of the characters at the Grill was Pluto so of course there had to be pictures. 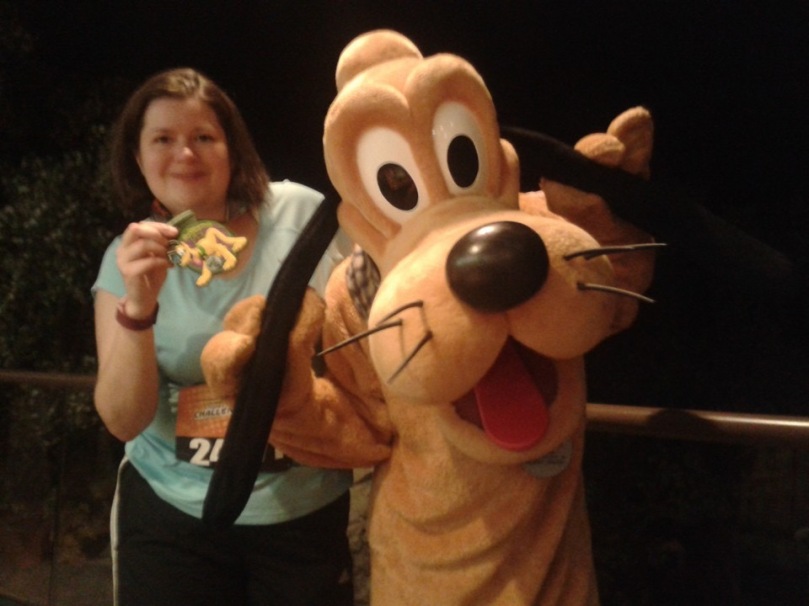 We spent the rest of the morning at Epcot but around lunchtime realised that we were walking a deceptive amount. It’s about 5pm now and I am on 20km according to my Fitbit! So we came back to the hotel to rest a bit before heading out again for the Pasta in the Park Part back at Epcot which also include viewing of illuminations. Taking it easy at Disney World is quite hard!

So 5km day has been fantastic. I never thought I would have this much fun running. Bring on the 10k!

4 thoughts on “Running with Pluto – the 5km”