Quite a long time ago a friend shared the following on Facebook. 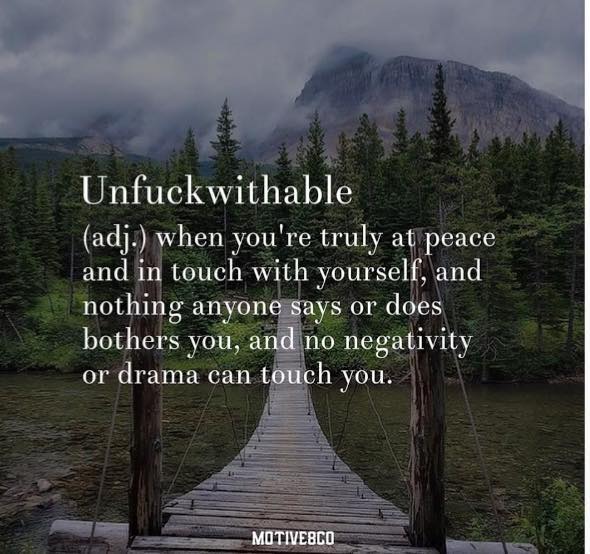 I love it. I think we should all be unfuckwithable because if we are, if we can achieve that  then the world would be a better place because we could brush of the idiocies of life, we’d be less defensive, more collegiate and more supportive of each other, we’d be more here and now (ok so maybe the therapist is working here – she’s not keen on the past or the future, she’s all about the now). Running helps me get there. A good run can make me completely unfuckwithable because the warm post run glow, the slight smug post run 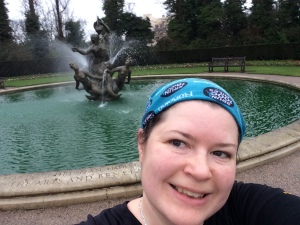 ache, the calm post run tiredness, the heightened awareness of my own body and the mental clarity that follows a good hard run all tell me that I am me and that me is all I need to be. I’m not better than anyone else, I’m no worse, I’m me and if that’s not good enough for you then, frankly, that’s your problem and not mine. You can’t fuck with me because in that moment I am completely and totally in control of who I am, what I am and how I am and who does and doesn’t matter to my world. 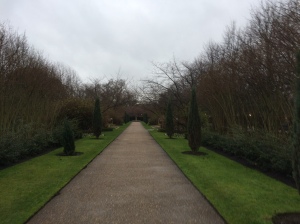 Unfortunately though that unfuckwithable state is fleeting and fragile. Or at least that’s how I’ve thought about it until now. Today though I wondered whether the bar really has to be set that high, whether it really has to be something that is so hard to achieve and impossible to hang on to. Maybe there is more than one way to be unfuckwithable. On the one hand there is this almost mythical thing but then there are other things that achieve the same thing but perhaps in a more context specific way. Let me try and explain. I woke up this morning around 6.15, 15 minutes before my alarm, with a very slight hangover, slight regrets about food choices and not really feeling up to going for a run. But then what else was I going to do? I was awake and my hotel room was so tiny that staying in wasn’t really an option. So off I went. It was raining, I was a little grumpy, I wanted to run for 30 minutes without walking. After 3 minutes I was huffing and puffing like a steam train. I kept going, then I hit the busy busy busy just fucking busy Great Portland Street tube station with people everywhere and traffic just coming from all directions (not actually true at all – it’s a fairly orderly junction actually but it felt like it) and I was proper grumpy and even more grumpy that stopping for the lights meant I wasn’t running my continuous 30 minutes. I crossed the road and got into Regent’s Park feeling like all the energy had been sucked out of me by the traffic and the busyness of a Thursday morning on the streets of London. I’d done half a mile. I was seriously tempted to just turn round and go back to the hotel but the quiet of the park felt like bliss so I

made a decision. I wanted to have fun – so I ran from point to point taking pictures (some of which are dotted through this post). I didn’t run/walk, I ran/stopped – sometimes to take a photo, sometimes to talk to the ducks or geese, sometimes to look at something. It may have been the slowest 5k in history but I had a blast and it was my run with my rules. I passed other runners (said hello to all of them, mostly they seemed incredibly disturbed by that) and not once did I feel self-conscious or concerned about my pace or odd about stopping. I’d decided that this is what I was doing and somehow achieved a level of unfuckwithableness related to the run. I just decided. 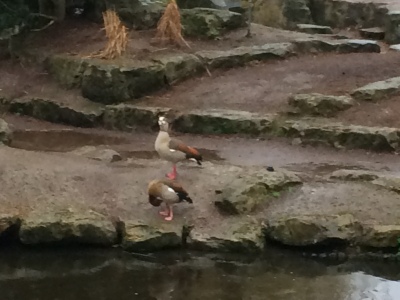 Later this morning I was sitting in a cafe listening to the wonderful Liza Vallance (Artistic Director/CEO of Studio 3 Arts) talk about her work and her running and the importance of helping people share and showcase their experiences and stories and I realised that up until this point whenever I have met my heroes I have been disappointed.  Not this time. We’re part of the same running club online so I guess we’ve ‘known’ each other since I joined the Clubhouse in December 2015. I have looked to Liza as a role model for running and for life more generally. She’s creative, strong and real and today I got to meet her. Conversation came easy and time flew by and I met my hero and she was just normal – basically everything I thought she would be and more. Listening to her I realised that collectively, when people come together to do something that is meaningful, we become unfuckwithable. It’s that being united in a mission, the instinctively knowing and agreeing that something is important and knowing that the people around you have your back… 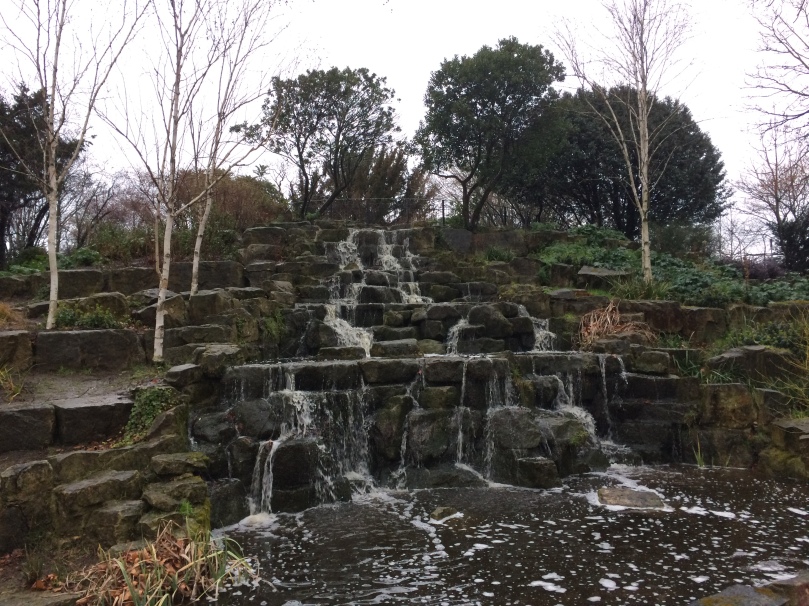 Then I checked my Twitter on the train home and I had a message from a student I taught in his first year. He’s now coming to the end of his degree. He said:

“You taught me how to think. That’s the most important skill. Cannot thank you enough Jess.”

It’s hard to explain what that means in the current HE climate and this blog isn’t about that so suffice it to say that it validates everything I believe in and do and it makes me – if not unfuckwithable – then lessfuckwithable in relation to how I do what I do. And I don’t mean that I am not open to criticism and debate, just that I’m right to challenge and right to ask my questions and right to keep pushing and that I can’t just be put back in my box.

So maybe it’s time to reassess unfuckwithable. Maybe it is something that is more about being more settled and confident, less concerned about what other people think and more interested in doing what instinctively feels right. The hard run as described at the start maybe makes it easier to remember that but actually thinking about it slightly differently might allow me to get there more often for longer. I’d always assumed I could get there only through running hard and long but maybe I simply have to decide and remember what’s important.

On a slightly different note – we’re starting a 15 week marathon training programme – possible with a couple of adaptations for me – mostly during the week where the runs go to 7 miles and I might do them by time rather than distance. More on that another time. For now have an unfuckwithable evening and rest of the week