I was secretly quite smug about having completed 8 miles on Monday and even more smug when I woke up Tuesday and there was no aching, no pain, nothing. Result! Tuesday was a rest day and I was in London for work anyway and wouldn’t have had time to run anyway. Wednesday I felt pretty tired, went into the office for a bit and came

home early to try and get a run in while the weather was decent. The minute we set off I felt sluggish, tired and like I was running on empty. I had eaten sensibly and should have been well fuelled. I was possibly very slightly dehydrated – I’m rubbish at drinking enough at work – but not obviously so. I barely made it a mile before I nearly threw up and then we turned round and walked home. For the rest of the day I felt like I had been run over by a truck. I went to bed early. I slept and on Thursday I felt a bit better. Not great but better

It was gorgeously sunny outside and I needed to go to the post office and we needed (well no, wanted) some crusty white bread to go with lunch so I put my big girl pants on, found my trainers and set off. I didn’t feel too bad as I made my way down the hill. I had decided to just to a very short run, take the pressure off and walk if I needed to. As I headed into the estate towards the bottom of the hill I wondered whether I should walk. I 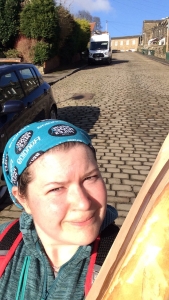 felt like I was going backwards. I looked at my watch wondering just how slow I was going and if maybe it would be more sensible to walk. I stared at my watch for so long that I nearly ran into the back of a parked car – I was running at 11.30 minutes per mile pace. That’s speedy for me. Well never mind walking, Could always just slow down a little. When I heard the 1 mile beep I glanced again and my first mile had been 11.31 minutes. I stopped at the post office, posted my stuff and walked to the co-op where I bought the bread, some reduced peanut butter and some reduced malteasers. Then I walked up the hill with my provisions.

Friday was rest which was good because I didn’t feel much like getting off the sofa although I did walk down the hill to see Mum and back up again. This morning we wanted to have another go at doing a little recce of the bit of the Bolton Abbey half marathon that we haven’t done before – the one where something always comes up and we end up not doing it. As we pulled in we saw a sign saying ‘orange route closed’. Sod’s law if the orange is that route, we thought. But it wasn’t. We set off on run/walk intervals of 1 minute/30 secs. I knew the first part of the loop from Cavendish Pavilion towards the Priory Church and Ruins but then instead of dropping down to the Stepping Stones and bridge, we turned up a slope to the left and followed the path until it opened up into fields. It’s a lovely route alongside the Wharfe. 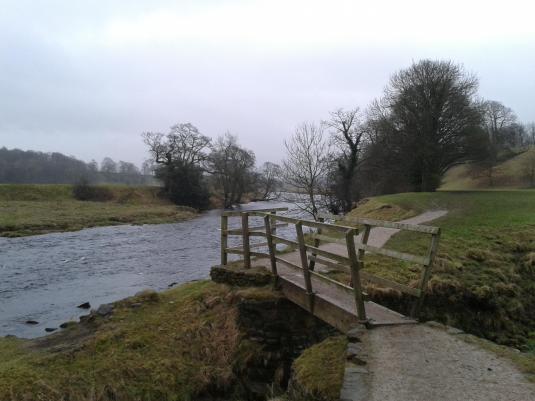 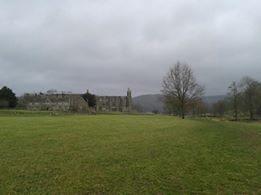 The route was muddy. I don’t usually do mud. You know, mud is like icy – slip inducing. I don’t like slipping. I tend to walk through mud or possible mud. Today I ran more than I would normally have done. I was close to losing my sense of humour when we reached a flock of sheep and seeing them cheered me up and I suppose walking slowly past them helped too. I even ran a downhill on a vaguely muddy slope after seeing them. In spite of being mostly terrified I actually had a really good time. The mud was quite energy zapping but I felt pretty good at the end of the 3.67 miles. It was a good run. Just over 50 miles for the year so far and  8.27/100 Bolton Abbey Miles. And here are the sheep: 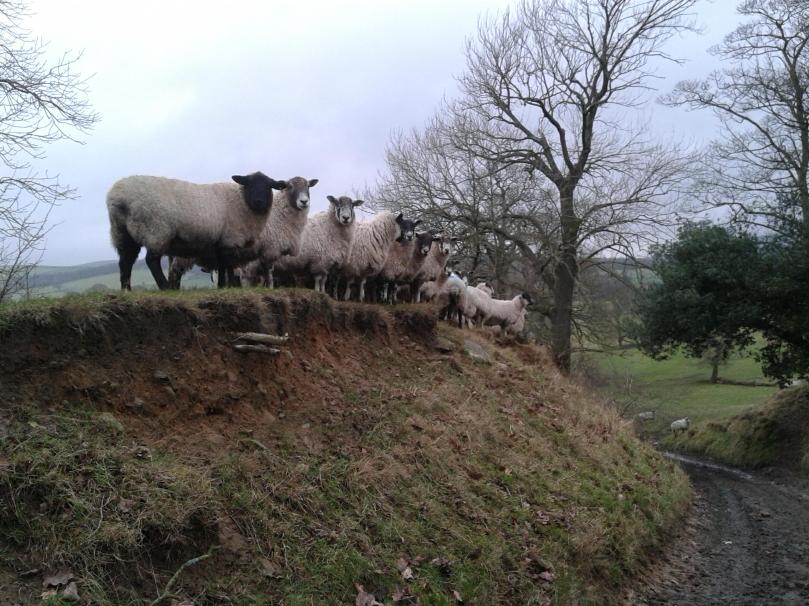