Well it’s been a little while. Usually that means I haven’t been running but this time I’ve just been busy. My last blog post was a couple fo days after the half marathon and recovery went pretty well. Following the run on Toronto Island, I then had a treadmill run in the hotel gym – in spite of rather spectacular views from there, I managed only 2.5 miles and a stupidly slow pace. Slower than the half marathon average pace in fact. 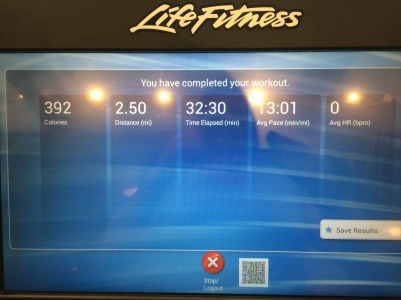 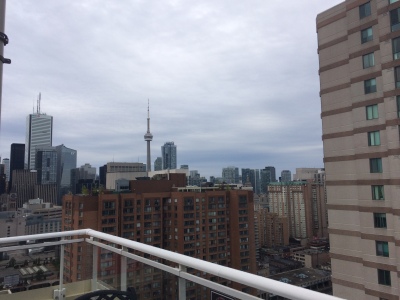 The day after getting home I had a lovely run through the wood with bluebells and wild garlic. It was the first run in really warm weather though and it felt tough. Then I didn’t run for a few days – busy, couldn’t be bothered, usual excuses. Then I got my act together and went for a sheep loop trot out. Last Sunday I thought I best get training for multiple loops so in the morning we went up. 3 miles of up (ok 2 miles of real up). It was sooooo 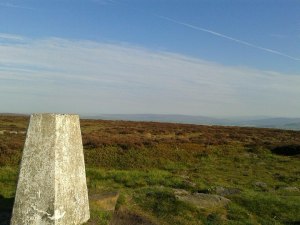 hard, I’m really not hill fit at all but once up on the moor it was gorgeous. It was a perfect day for being up there and we’d gone early so we were on our way back down when the first set of hikers were making their way up. We saw some lapwings and heard curlews. The grouse were chattering away in their grumpy way and up on the moor I felt like I was running free and easy. It felt perfect. Those moments you just need to hang onto and file in the memory bank so you have something to draw on when the dark closes in. 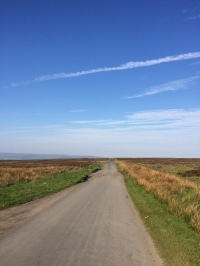 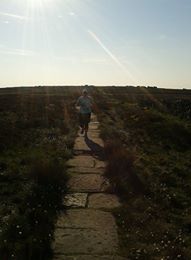 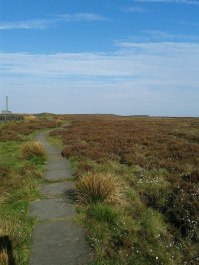 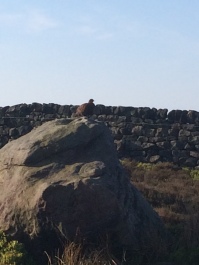 In the afternoon we went out for round 2. A gentle estate, road, canal jog with lots of little excuses to stop and watch wildlife. I think it was on this loop I saw the deer vanish into the wood in front of me and stopping to watch ducklings always makes me smile. It was good to get out twice and not feel too knackered or broken. 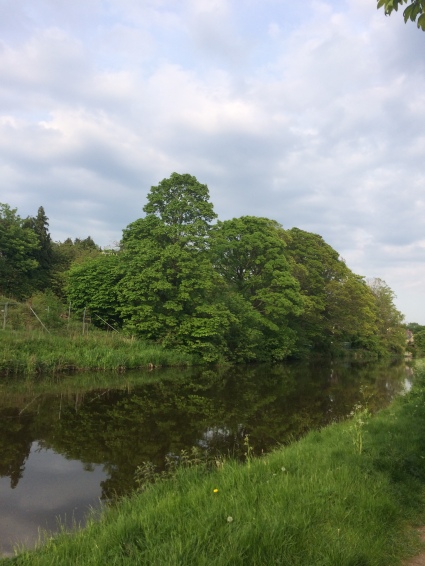 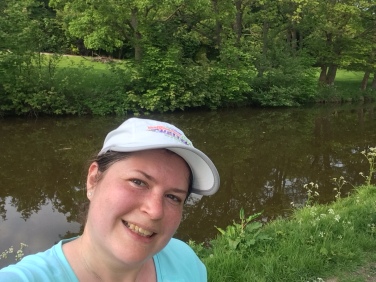 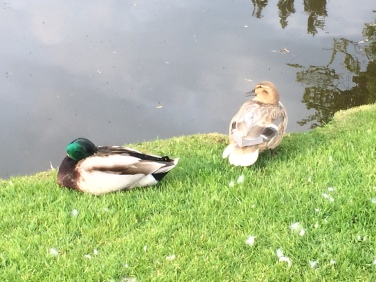 Last Tuesday we added some hill sprints to our sheep loop backwards route. Instead of walking up the golf course we made our way up it in 10 -15 second sprints with 90 seconds (ish) recovery in-between. That took us to 4 out of the 5 sprints so we walked back down the last bit and did it again. So hill sprints – by how my legs felt afterwards I’m guessing they’re quite effective! 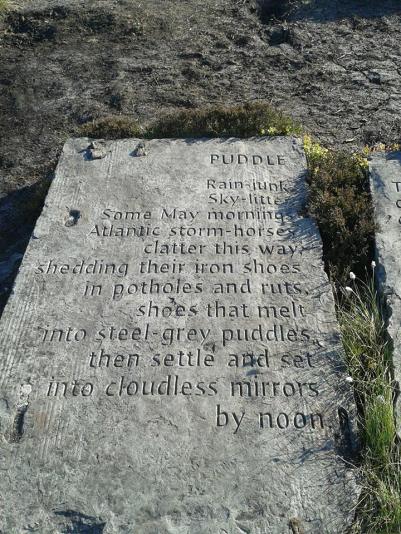 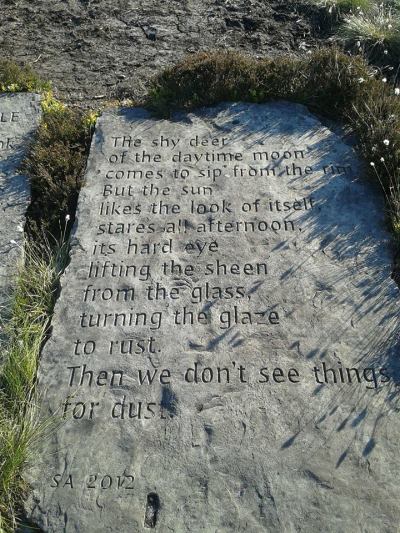 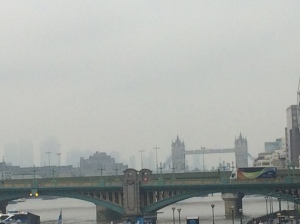 Then I went to London. The less said about my first day there, the better! I did blog about it here if anyone is interested in my thoughts on legal education but in short – I was exhausted and wired at the same time and thought running would help with the wired part so that I could actually sleep. I’d got to the hotel about 5.30pm though, it was busy. I felt a bit self-conscious. I got my gear on anyway and set off. I had no idea about where I wanted to go – I was roughly a mile away from the river and roughly a mile away from Regent’s Park and I didn’t want to go far so in the end I just decided to randomly loop round the streets for a bit. I did a little circuit round the British Museum dodging tourists and commuter cyclists and weaved in and out of side streets, eventually ending up at a Pret where I bought a salad box and little dark chocolate bar for my tea. Then I walked back to the

hotel. I managed to somehow not turn on my watch when I started off and then turn it on when I thought I was turning it off at Pret and then realise and turn it off at the hotel. I tried to retrace my steps on google maps and I think I did roughly 2 miles. I was out for just over half an hour including buying food so that sounds about right.

The next morning I woke up early, got up and headed out again. I still wasn’t quite sure where I wanted to go or how far really – I thought the river might be nice. I set off. I don’t understand how London hangs together. Don’t laugh – I spent years only being able to navigateit by tube and really have only recently started exploring on foot – mostly through running – but it means I have a warped sense of direction and distances. So I headed pretty much in a straight line through bits of theatre land I don’t usually see and eventually to Trafalgar square where I tried to take a selfie with a Lion and couldn’t get

the angle so took a selfie and then a picture of the lion – grumpily. Then I headed straight towards Buckingham Palace (this wasn’t the plan, it’s just what happened) and when I got there turned off into St James’ Park. I ran a gauntlet of ducks and geese and continued until I came out at Horse Guards Road.  I saw a mouse (or very small rat, who knows) run into the FCO and chuckled. I made my way to the river, across the river and ran past the London Eye and all the way along to Millennium Bridge. I stopped to take a few pictures and walk across it talking to Kath hoping that Lord Voldemort wouldn’t choose this moment to play with the bridge. London had woken up and was now much busier with runners and people

walking to work or going about their business than it had been when I left the hotel. I turned left past St Paul’s and stopped to look at google maps – Oh look Fleet Street – who knew! I ran down Fleet Street, took a picture of the Royal Courts of Justice sign, carried on and saw a coffee shop out of the corner of my eye. Mmmmmm cofffeeeeeeeeee! I decided I wanted coffee. It was just before 7am. The coffee shop was still closed but the one next to it wasn’t. I got coffee and walked back to the hotel. A great 6 and a bit mile London loop. 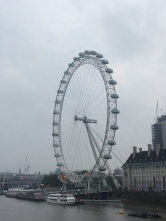 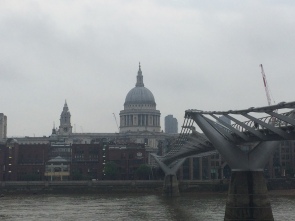 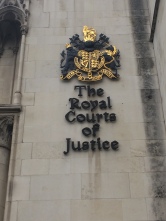 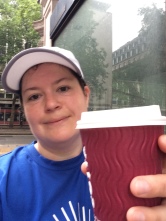 I didn’t run Friday and Saturday dragged by butt out for 3.25 miles after our gym induction at the Leisure Centre (more on that another time). I wanted to go out again really but I was absolutely shattered. No double running for me, I fell asleep instead.

So today. I knew I was going on my own because Kath has a little foot niggle that she’s been looking after. So the original 12 mile plan needed revising. I’m not sure 12 miles on 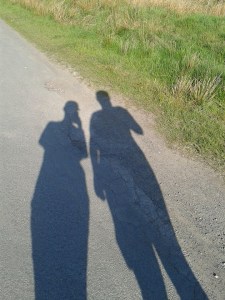 my own is really necessary. I looked at my chart and a plan formed. I walked down Ilkley Road with Kath who was off to pick some wild garlic for our risotto tonight and then I set off. I headed towards Morton and kept running apart from a few steps along the path to avoid breaking my ankle through the narrow uneven bits. I ran the first 5km relatively quickly for me – just over 37 minutes, comfortable. Then I walked for a couple of minutes to have a drink. Then I ran to 5 miles and it was now getting tougher and towards the end I realised that I was developing a blister on the arch of my left foot. I’ll spare you the picture but it’s a bitch. I wanted to get under an hour for the 5 miles but I’d walked for too long to make it – just over. Still happy with that though. I walked and watched a kestrel zig zag across the canal accompanied by a cacophony of smaller birds’ warning cries, then I tried to plod on. I was hot. I pushed to 6 miles. I could really feel my blister and my legs were getting tired. I walked up the golf course hill. I ran down the other side and past our old sheep fields. My legs were now protesting. Hot.

I walked quite a lot from here to home but recovered well with a jog downhill.  I felt pretty good when I got to the bottom of Ilkley Road and thought I would try run up it, I stepped off the curb to go round a dog walker and whimpered at the pain of the blister and the shooting pain the move had sent up my leg. I was obviously not running properly in order to avoid the blister pain. I walked the rest. 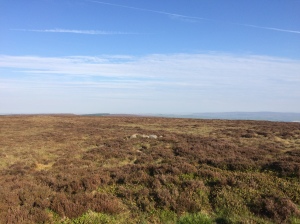 So, including the walk with Kath that was about 8 miles but if I count the 7.75 recorded by my watch then the Year to Date Total now stands at 300.18 miles. 300.18. I’m thrilled with that! It took me well into August to get to that amount last year and I don’t feel like I’m really pushing the miles or working at an unsustainable level. I feel like I’m running strong and that I have a pretty good balance between running for fun and pushing myself. As part of the #Run1000Miles Challenge I’ve said that really I just want to do more than last year (500 miles) but that 750 would be awesome. I’m now wondering whether 800 might be on the cards. Let’s see.