Well after a month of adventures in Australia with a little bit of running thrown in, it was nice to be home. The jet lag  wasn’t too bad in terms of sleeping patterns but a bit of a pain in terms of being generally tired and really hungry at random times. We arrived back on Saturday 4th August and on Sunday morning woke up early. We decided to run. My ankles still felt a bit tired but any real soreness had gone. Generally I just felt tight from having been curled up on planes for too much of the previous 48 hours or so.

This is nearly two weeks ago now so my memory is a bit fuzzy – I think we set off separately. We were aiming for the 6 miles listed on the Dopey Plan and wanted to have a nosey at the new canal towpath between Riddlesden and Silsden too. It was quite hard going and my feet kept going numb like they do when my calves are too tight so I walked rather more than I really wanted to but it was good to get out and the familiarity of the landscape made me smile. It was lovely to see and hear birds that I recognised and to see how things had changed over the month we’d been gone. 6.2 miles in the bank. 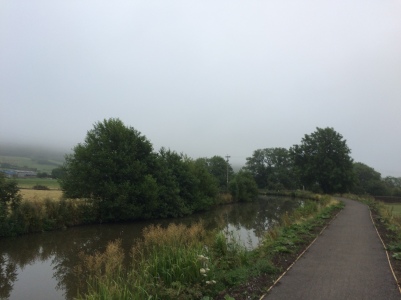 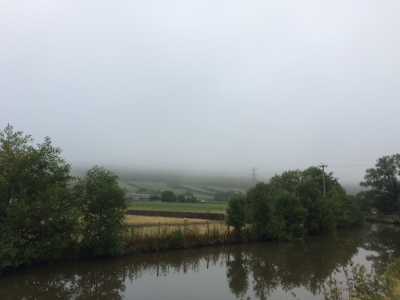 The second run at home was my attempt to get into good habits and not keep putting off speed sessions. We did the runners world fartlek we’ve done before and I didn’t do too badly except that I obviously pushed too hard on the 1 minute run and was a little bit sick, recovered and then did the two 30 second intervals at a steady pace. Speed work not avoided! Well done me. Next I wanted to do a 45 minute continuous run because while I haven’t been doing run/walk, I have been running with photo stops. I haven’t run continuously for ages. So I set off and felt pretty good for the first two miles or so. The canal towpath was busy though with lots of people coming towards me and I didn’t fancy turning round and having to go past all these people again so I changed my mind last minute and crossed the canal – I wasn’t mentally ready for the hill which threw me and I had to stop and walk. At the top I set off again and past a dog walker whose dog decided it would come with me instead. I had to stop and wait for him to retrieve it. Unfortunately this happened at the bottom of the next slope and I didn’t get going again until I’d walked to the top. Still it ended up being a pretty solid 45 minutes.

Then came the weekend long run last weekend – 7 miles was the plan. We went up towards Ilkley Moor and I was pretty pleased with how I managed to keep pushing from landmark to landmark. One day I might be able to run it all but for now that’ll do nicely. At the top we decided to turn left rather than right towards the trig point and stanza stones. It’s often really wet and boggy left so we’d never run it before. At the end of that track we went left again and explored a new (well no, new to us) path/track/trail to take us back down towards home. At some point we must have got it just slightly wrong because we ended up on the other side of the wall to where the clear footpath was but it was all fine. Given the terrain and that we weren’t quite sure where we were going we ended up walking a fair bit and the loop was 6 mile rather than the 7 but it was a fun little adventure.

This week I have done 2 45 minute Dopey Training runs  – one nice little plod along the canal with Kath which was uneventful and then the re-run of the route I did last week where I had to walk the slopes. This time I wanted to run it all and had asked Kath to help me. I really need to stop avoiding hills or deciding to walk the ones that are perfectly runnable! So we set off and I felt pretty good. The first mile was just under 12 minutes and I wondered whether I should slow down a bit to make sure I had enough in the tank but I felt good so just kept moving by feel rather than worrying about pace. Coming up the the bridge we were crossing and the hill that had thrown me last time I started repeating in my head: I feel good, I feel strong…. over and over. The hill came and went and I realised that my breathing and heart rate were recovering. I did actually feel good and strong. I kept the mantra going and the slope where I had to wait last week for the dog to be retrieved didn’t seem bad at all. Then there was the final little hill. I had a moment of doubt but then I thought I had less than 5 minutes to go so just needed to hang on. The hill somehow came and went and I kept running at the top. My legs didn’t give up and then my breathing recovered and I felt my heart rate settle again. I pushed the pace to the end of the road and stopped having run just over 45 minutes at 12.02 minutes per mile pace. Thrilled with that.

Next is the weekend 9 miler. I’ll be doing this run/walk with the aim of keeping the runs relatively fast, the walks positive and my mind off negative notions of things it might suddenly decide are impossible. Nothing is impossible. Which is a good thing because the Great North Run is looming. 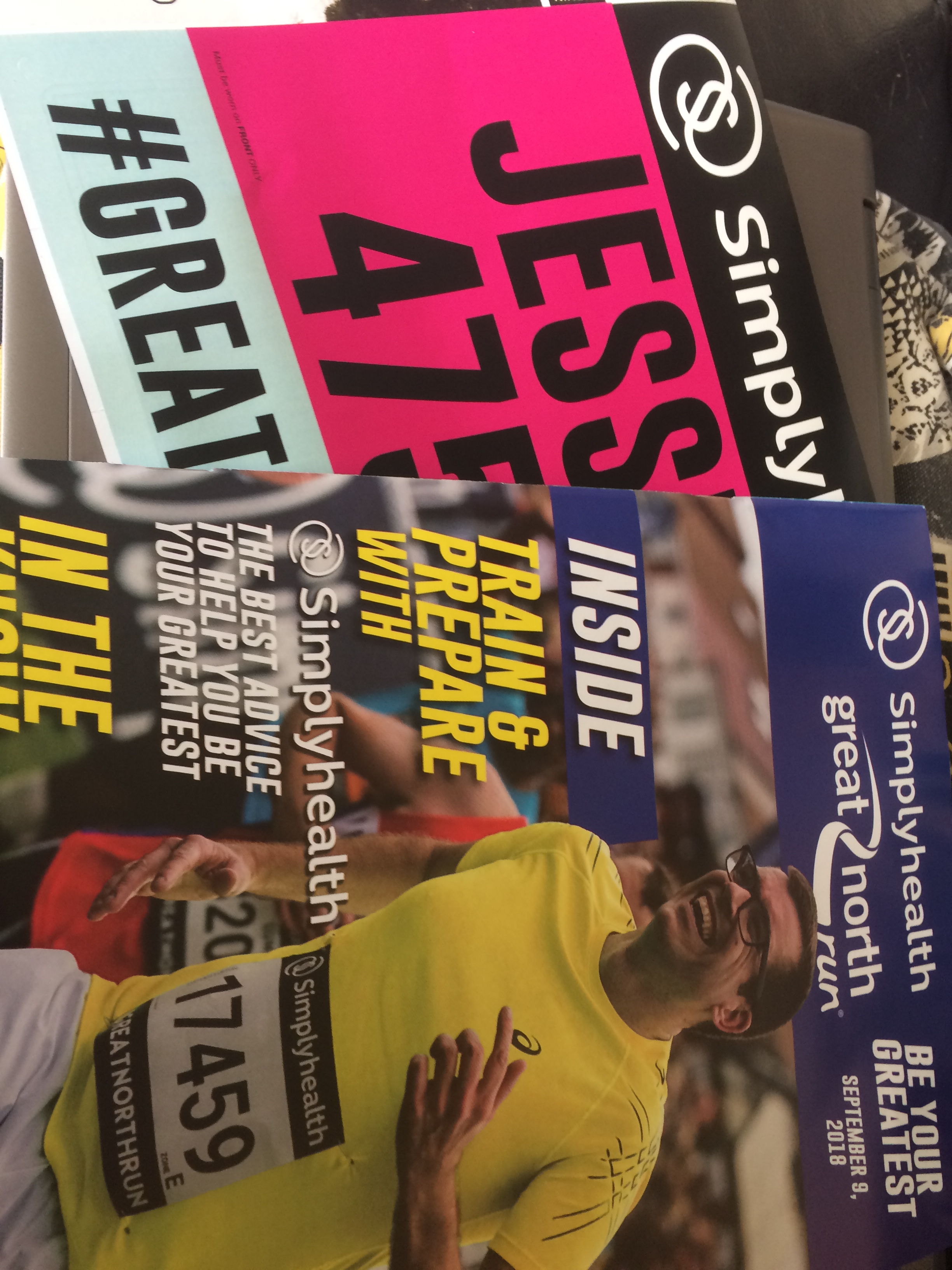