Right, cards on the table: I am half a stone (pretty much exactly) heavier than I was before my holiday. I can feel it. My pants are tight, I feel heavier and our run today was evidence that booze, Mickey waffles, puddings and Disney World sized portions for 10 days plus jet lag make running when you’re back home pretty miserable. Still, no regrets, not really. Just need to refocus on moving my butt more now. 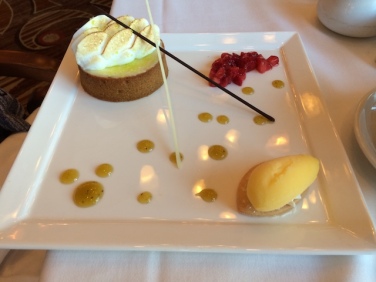 August was a high mileage month. I clocked up 84.05 miles and the plan was always for the first half of September to be a bit of a rest. We wanted to run in Florida but shorter distances and not every day. Well, we did run. We managed 4 short runs. I was hoping for a few more miles but it was hard going. So, run 1 was on the 7th September, we got up early and headed out in the dark. We left the hotel and headed towards the Magic Kingdom. We were hoping to pick up the path towards the Grand Floridian Hotel but as we got level with the Magic Kingdom entrance we were turned back by some self-important Disney employee who insisted it wasn’t safe for us to be running there. It was annoying but we just headed back and went round the hotel running loop instead. The loop is only 0.9miles long but it’s not an unpleasant route. It was hot and humid – oh goodness the humidity. Running in that was hard, harder than I’d imagined. Anyway – here’s run number one on Relive – and me hot and sweaty at the end of it. 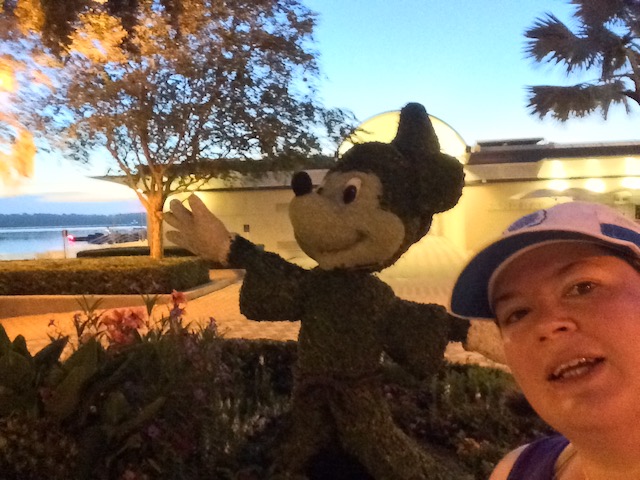 The second run was another early morning run and the humidity was again intense. I did two loops of the running loop. Kath did a bit more. Then I was done. It was just too hard to breathe. How do people run in that? I was soaked in sweat before I even started running and basically just a giant puddle within a few steps. Still, going out for 1.8 miles was better than no miles! Here’s the loop. 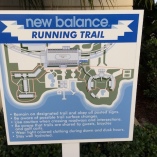 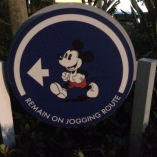 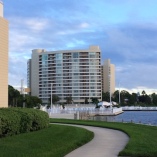 Runs 3 and 4 were either side of hurricane Irma. We had watched the news coverage of the hurricane making its way towards Florida and into Southern Florida. It looked scary. We were being told that we were in the safest place around and the hotel were great at reassuring us and giving us information on what to do. We were under curfew from 7pm on Sunday to 6pm on Monday. So on Sunday afternoon we went for a little trot round the hotel loop before the curfew kicked in. It was already very windy and there had been a significant amount of rain already. It was raining a little while we ran but it wasn’t anything compared to what we saw later in the day, overnight and on Monday. It was still hot but not as humid so actually the 2.25 miles felt much easier than the previous 2 runs. Just at the end of this run I hit my 350 miles year to date milestone too so it felt pretty good and the towels at the door came in handy! 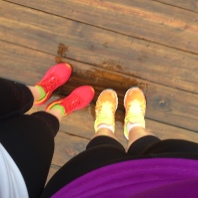 Once we were allowed out again on Monday we went for a walk round the hotel grounds and surveyed the damage. There was surprisingly little damage and the clear-up had already started. 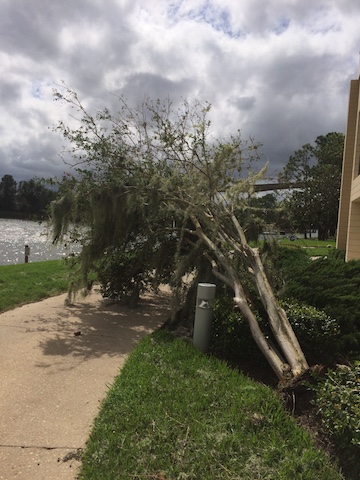 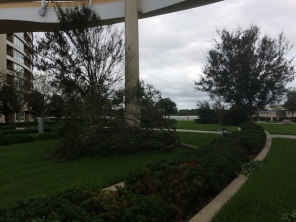 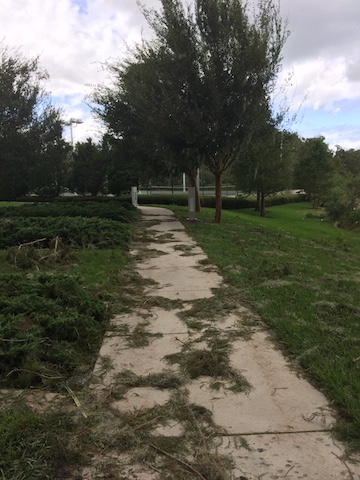 Tuesday morning we set out again. We’d celebrated Irma passing the evening before with a bottle of wine and more pudding so we both felt sluggish and bleurgh and the humidity was back so I just managed 1.25 miles but I did run a little stretch of it with a squirrel who seemed to have forgotten that stepping off the path was an option for it.

Now we’re back home and today I went for my first run. I was actually supposed to run on Friday after landing but jet lag is a bitch and there was no way I was running anywhere, I was barely functioning. Kath ran yesterday but I was in London for work so today I just had to get it over with. It was fairly horrible. I managed to run the first mile, then I ran walked the second and then walked the third. My ankles tightened up really badly and my feet were achey. Still, it feels good to have the first one out of the way and I am sure the next run will be better. Here’s a reminder that actually, mostly, we do enjoy running!